We are happy to present you an opportunity

to serve your devotion to Girnar Tirth and Neminath Dada

Where devoteEs of Girnar meet

The veneration, the worship, the ‘sadhna’, of Girnarji, has the potential to absolve us from our sins of thousands of years and lead us on the path of attaining oneness with our Lord.

We bring you the social media initiative “Girnar Darshan”. We remain hopeful that this endeavor would help in heightening our love and respect towards this great heavenly abode of Neminath Bhagwan. May each post reach your hearts and shower you with pure and sacred blessings.

Many souls have attained the correct path owing to the inconceivable effect of the great shrine of Girnar. Many souls upon becoming celestial beings, work for the up-liftment and protection of Girnar in order to partially repay the debt of such benevolence of this shrine. Read about the transformational stories at Girnar here.

Neminath Bhagwan's soul had to take 9 lives after attaining right belief until the time he got liberated. Of these 9 , 5 were that of a human being and the other 4 were that of a celestial being. In each of these 9 lives, there is an incredible underlying story of the pure love of Rajul and Neminath Bhagwan. Click here to read more details about his nine lives.

Feel the power of Sahasavan

If there is one soul who dedicated his life till the last breath for unity of Jain community and upliftment of Girnar, that would be Himanshusuri Dada. He was born on 19-04-1907 in Gujarat. The little boy hearing the Pravachan of Acharya Shri Ramchandrasurishwarji M.S got greatly influenced and entered ‘Saiyam’ life in a dramatic turn of events. The power of his celibacy and strict Saiyam life earned him accolades across the country. His vision for Jain unity, love towards Girnar and devotion to Neminath Bhagwan was so strong, that more than half of his life he did Ayambils, in a bid to spread awareness of Girnar. He breathed his last moments with an eye towards Girnar and Arihant Arihant on his lips.

Today, Girnar is witnessing lakhs of Yatriks owing to the arduous work of this divine soul to uplift this Maha Tirth. Owing to his dedication for Girnar, the Sangh decided to perform the final rites at Sehasavan, and a memorial was built to commemorate his invaluable contribution for this Maha-Tirth. The present Sehasavan Samovasaran temple was built by great efforts of Himanshusurishwarji M.S. If one wishes to trace back the current journey of Girnar upliftment to its starting point, it would easily point out to this divine soul. Any and every Mahatma attached to Girnar movement as of today have all been inspired by this great Acharya P.P Himanshusurishwarji M.S.

P.P Chandrashekhar Vijayj M.S was born in Mumbai and took diksha at young age of 18. He has been instrumental in granting Diksha to more than 87 disciples and authored 275 books. He had been very vocal in opposing opening and expansion of abattoirs against which many political parties had to agree. He founded Tapovan sanstha in a bid to educate young Jain and Non-Jain children on religious as well as Dharma. There have been many instances in his life time, which displayed his high moral on jeevdaya which surpassed none. In a way he had been subservient towards Girnar by guiding his two disciples to P.P Himanshusuri dada and Girnarji. If there is any prominent mahatma who is progressing the work of Himanshusuri dada, that would be two disciples of Chandrashekhar M.S

Dharmarakshitvijayji M. S. took Diksha in 1983 at the age of 28 under P.P Chandrashekharvijayji M. S. After diksha, he spent nearly 3 years studying various religious scriptures and after spending couple of years with his Guru, he was guided to go to Girnarji and stay with P. P. Acharya Himanshusurshwariji M. S. doing Girnarji’s seva.

Dharmarakshitvijayji M. S. stayed with P.P. Himanshusuri dada roughly for a period of 4 years and even in such a brief time, he described him as a living legend / miraculous soul second to none. Himanshusurishwarji M. S. was very impressed and taken aback by seeing immense bhakti towards Girnar and himself. As time passed by, Dharmarakshit M.S started doing Chaturmas independently, obtaining his Guru’s permission. When Dharmarakshitvijayji M. S. was sent by P.P. Chandrashekhar Vijayji M.S to Girnarji in 2009. He felt that there were dire need of Jain yatriks, to visit this Shashwat tirth and experience the energy left behind by Neminath Bhagwan. The Guru-Shishya duo have been doing Girnarji’s Jatra with Aiyambil since then

Roughly two years after P.P Hemvallabhvijay M.S’s diksha, he was sent to Girnarji to stay with P.P Himanshusuri dada. He spent 13 years with Himanshusuri dada which were undoubtedly the memorable years of his life. Never would have Muni Hemvallabh Vijayji ever thought that he would be the chosen one to succeed the sacred mission. Here begins a Journey of determination, devotion, selflessness and simplicity. As Himashusurishwarji M. S. was aging and not keeping well, he had passed on the mantle to HemvallabhVijayji M. S. and put forward a wish that Hemvallabh Vijayji M. S. does Ayambil for his lifejust like him and continue on this development of Girnar tirth mission. Hearing this, HemvallabhVijayji M. S. readily agreed and folded his hands, obeying his command.

Hemvallbhvijayji M. S. has been working tirelessly till date with the only aim of urging people to restore the glory of Girnarji and to bring it close to everyone’s heart. Hemvallabh Surishwarji M.S also follows a strict saiyam life, just like his gurus. He performs yatra on a regular basis along with ayambil and starts his search for innocuous gochri only after coming down from Girnarji roughly at about 3 pm. His search for innocuous Gochri has tested him more than a few times leaving him with only 2-3 items suitable to consume. But his will and dedication only saw an increase with every passing event.

Pranams and Vandans to all such humble and devoted Maharaj Saheb.

Sahasavan is the place of Neminath Dada's Diksha and Kevalgnan Kalyanak i.e. this is where he renounced the world for leading an ascetic life and this is also the place where he became enlightened.

Even a journey of thousand miles, starts with a small step. We have to worry only on the begining, the end will be taken care by Neminath Bhagwan.

A small dot seves as a full stop to a long sentence,
A small sign of forgiveness is enough to end a long standing feud.

Stay away from such victory which brings a smile to your lips, but a tear to your eye.

Read our latest blog articles on all things about Girnar 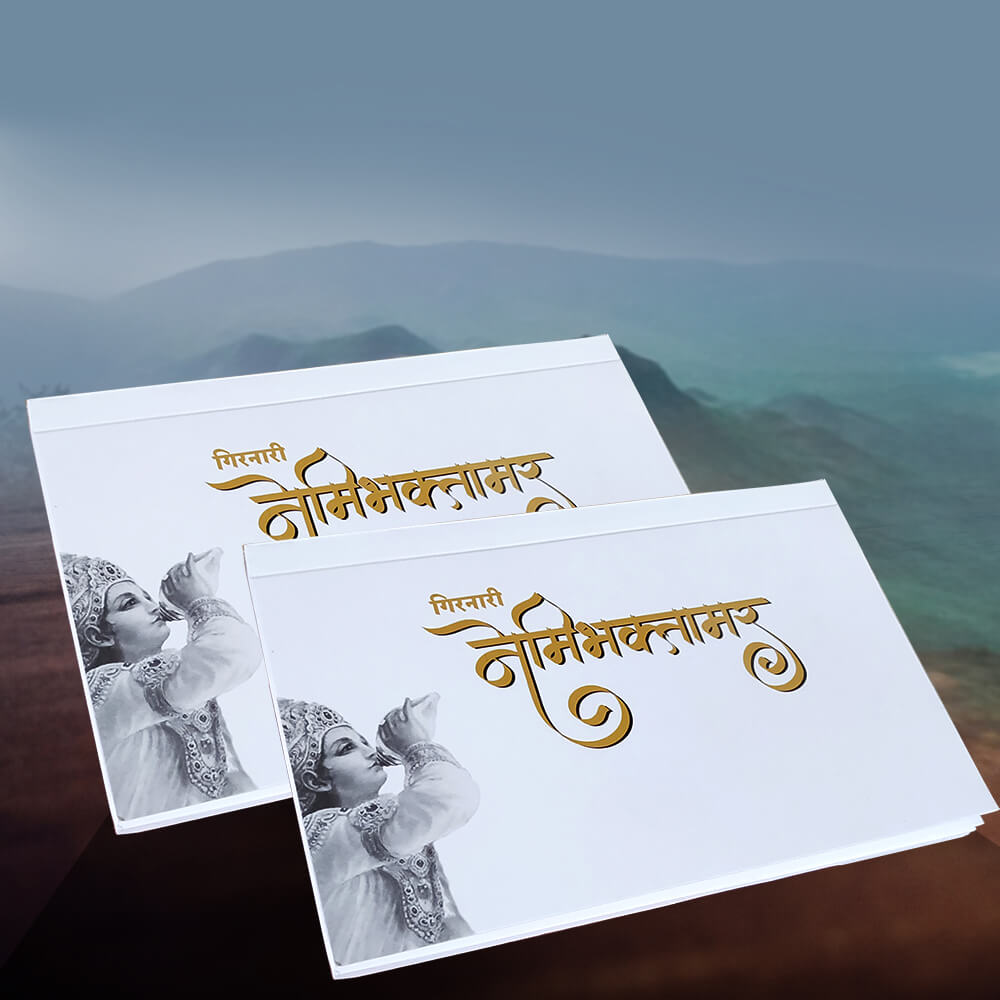 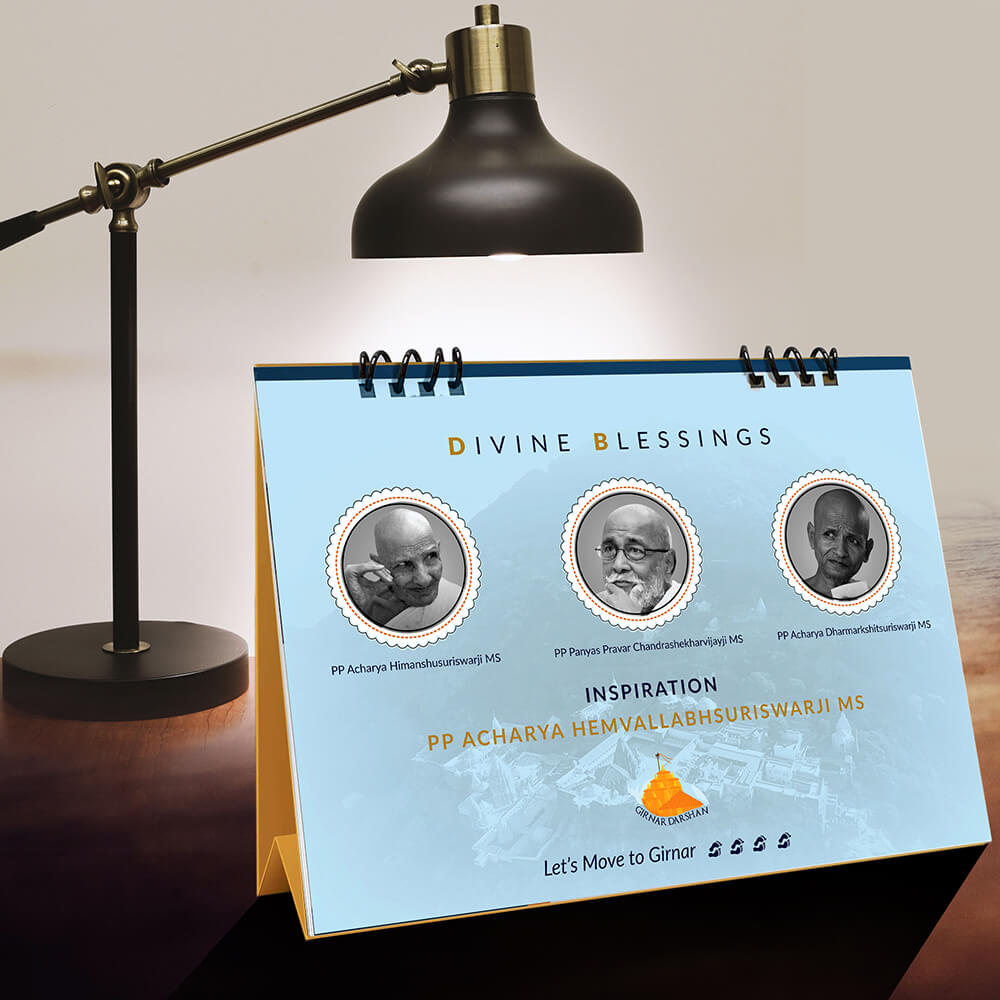 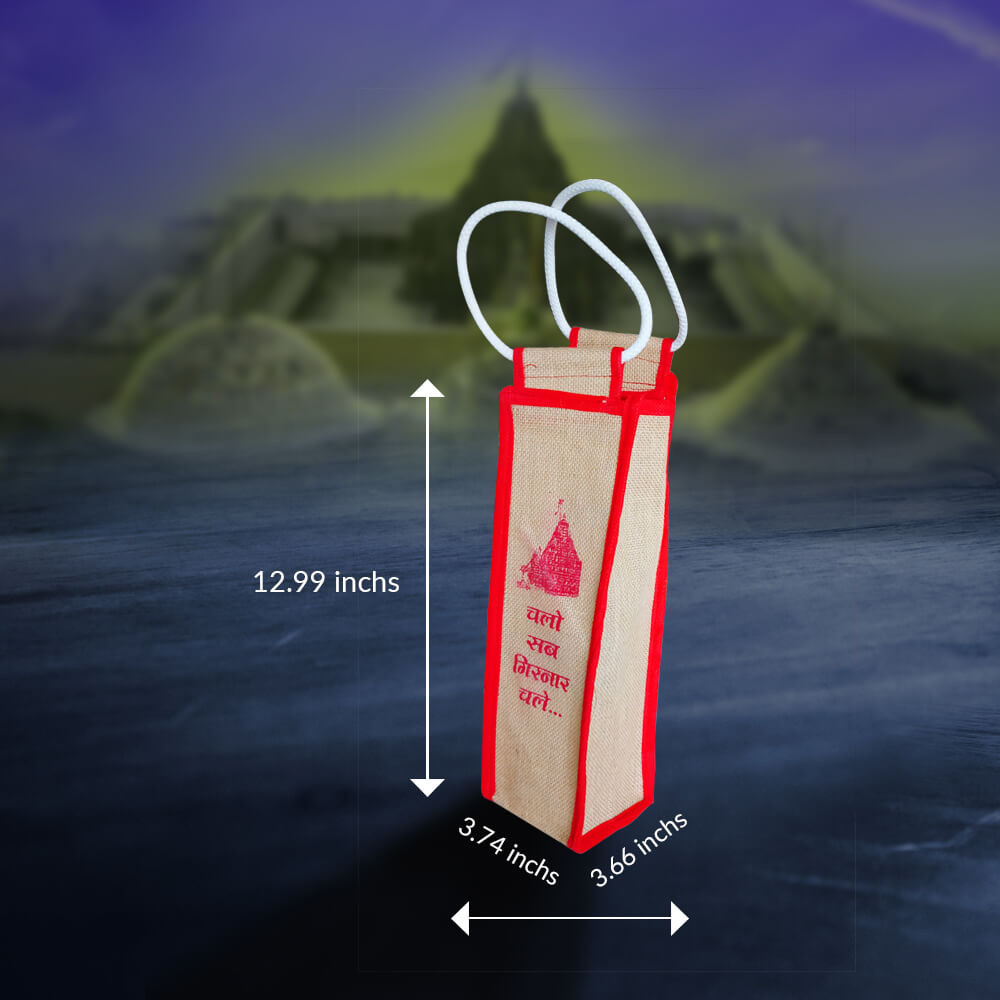 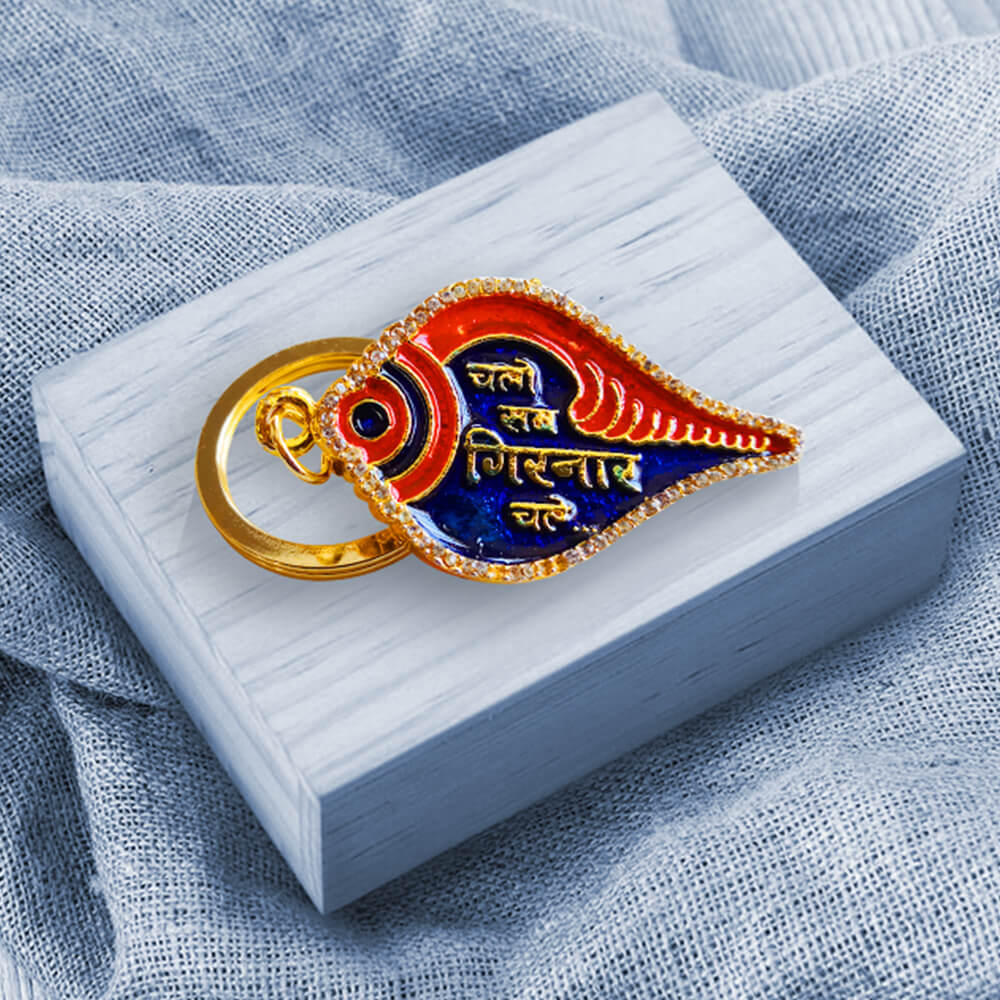 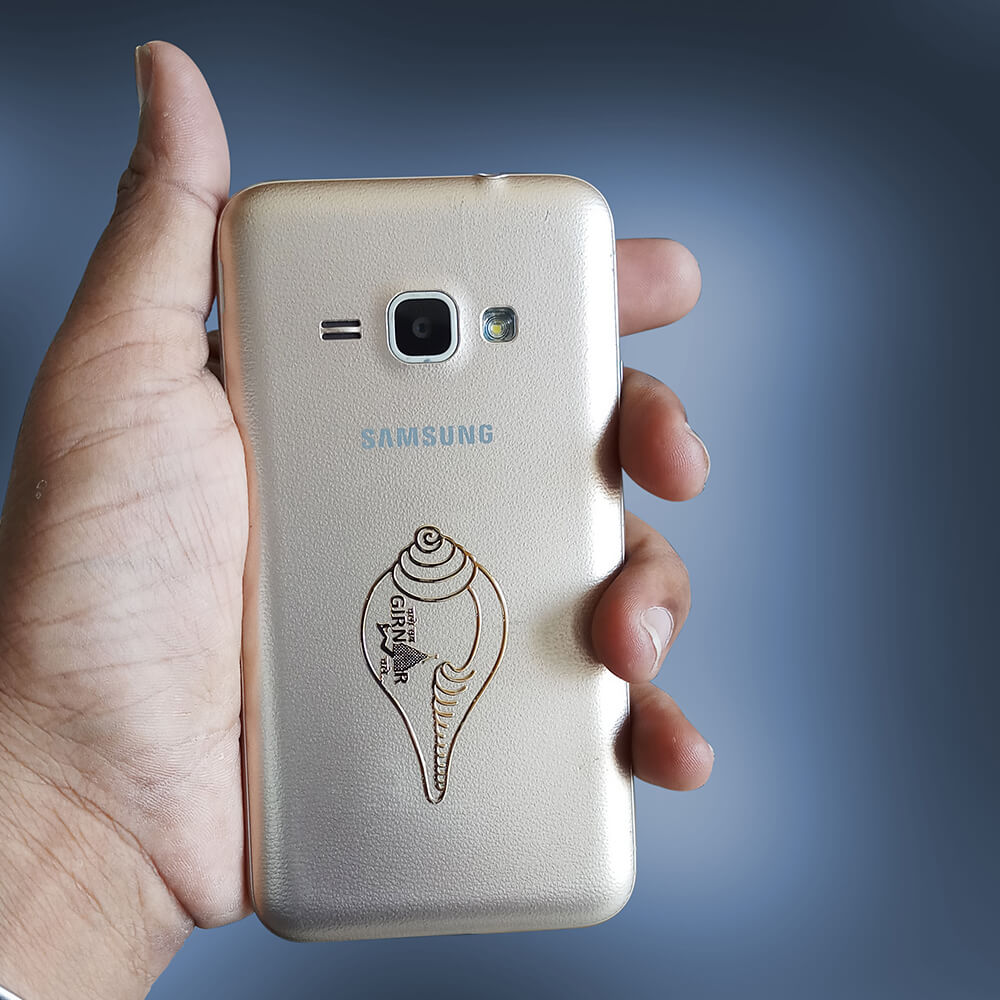 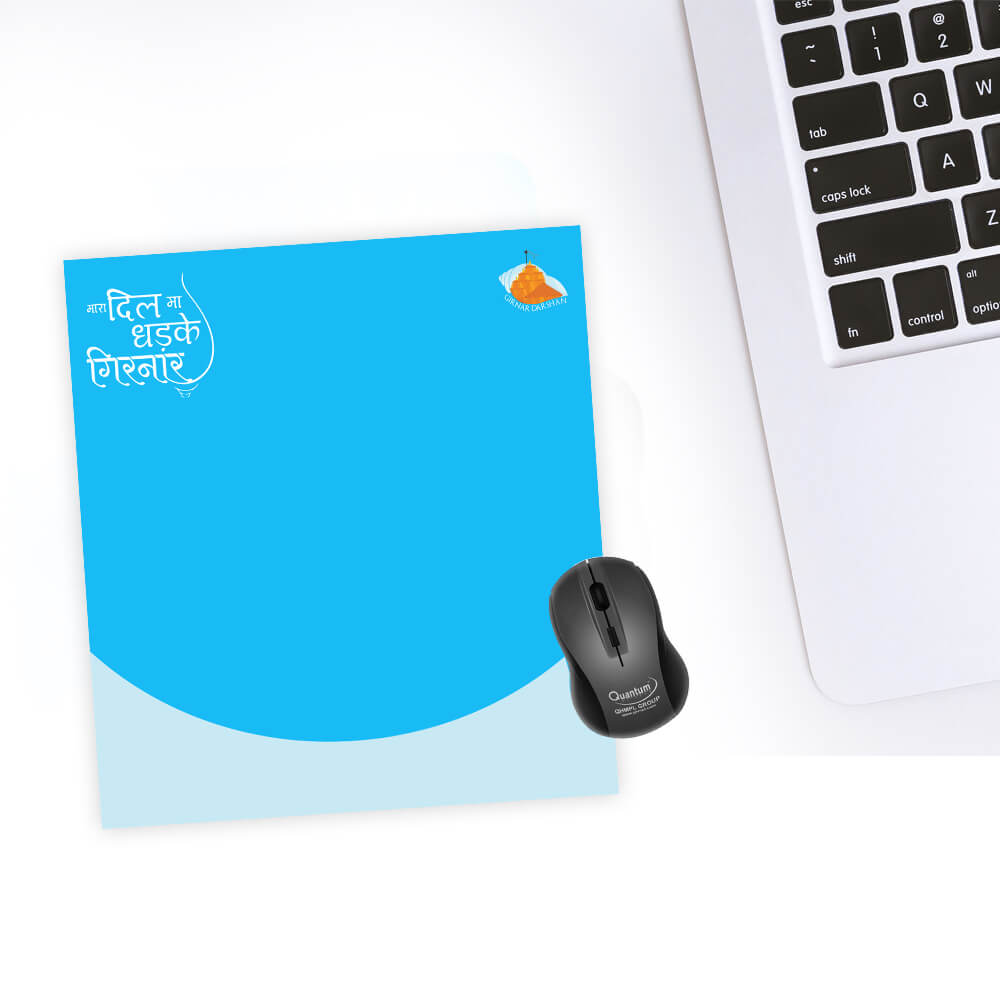 At GirnarDarshan, we are happy to hear from you about everything Girnar. If you have any suggestions, feedback or complaints, please feel free to get in touch with us. To volunteer to work with us, you can sign-up online by clicking here.